Posted on February 21, 2011 by dilrajsinghpunni

After a strong closing in a volatile week, base metal prices might continue to move higher, though divergence might be witnessed within the base metal pack. Lead and Nickel looks relatively stronger as increase in cancelled warrant ratio on the former along with decline in output of the later would support prices to trade higher. Copper however looks relatively weak as continued increase in stocks along with lower level of cancelled warrant ratio might limit the gains of the metal.
On the economic data front, PMI and IFO numbers from euro zone are expected to come in largely stable to positive. Economic conditions in US continue to witness improvement and thereby GDP growth might be revised upwards. Expectation of improving consumer confidence data might also increase the durable goods orders in January strongly as against contraction in the prior month. Home sales in the form of existing home sales and new home sales are expected to indicate moderation as house prices continue to decline despite improving economic conditions. Equity markets across the globe are buoyant as US equity markets are hitting two and half year highs along with stronger European equity markets as well. Markets like India might also remain supportive given the moderating inflation. Overall, we expect base metal prices to remain on the higher side and metals like lead and nickel might outperform others. 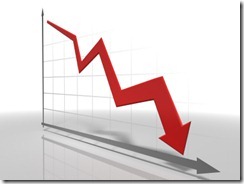 London 18/02/2011 – Base metals drifted on the LME on Friday morning, treading water above intraweek lows, but the bulls lacked the impetus to push prices higher.
Metals were mixed, with copper and tin suffering as longs liquidated their positions, but others viewed the latest sell-off as little more than a healthy correction.
“The metals seem to be undergoing a mixture of consolidation and correction; yesterday’s rebound shows there is dip buying around but a lack of follow-through buying overnight and weaker prices this morning suggests there is more selling to be done as well,” analyst William Adams said.
Base metals had rallied late on Thursday afternoon on US manufacturing figures suggesting that consumption growth is likely to accelerate again. The Philadelphia Manufacturing Index jumped to 35.9 in January, far surpassing analysts’ forecasts of a modest climb to 21.
UK retail sales surged by four times analysts’ estimates in January – the most since February 2010 – suggesting the contraction of 0.5 percent in the fourth quarter of last year may have been a temporary phenomenon.
There is no major economic data due out of the US but markets were unnerved by news that Chinese leading indicators dropped 0.5 percent – the first decline in three years. Markets are closed in the US on Monday for President’s Day.
China’s central bank earlier today raised reserve requirements for lenders by half a percentage point – the second raise of this year after six increases in 2010 –  a mere 10 days after the world’s top metal’s consumer raised interest rates.
China’s major banks must now keep 19 percent of their deposits in reserve, while small and medium-sized banks must maintain a reserve of 15.5 percent.
Inflation hit 4.9 percent in January, exceeding Beijing’s target of around four percent for the fourth consecutive month.
Concerns about burgeoning inflation in China resurfaced after figures showed that home prices in all but two of 70 cities continued to escalate last month, defying government attempts to cool the country’s red-hot housing market, Fairfax analyst John Meyer said. 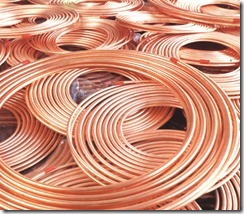 Copper is a reddish-metal, with high electrical and thermal conductivity.Major copper-consuming nations are Western Europe, the United States, Japan, and China.
The largest international sources for scrap are United States and Europe. Major exporters are Chile, Indonesia, Canada, and Australia. Major importers are Japan, Spain, China, Germany and Philippines.

Lead – 2nd to The King of Metals 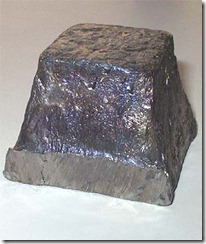 Lead is a chemical element that has the symbol Pb (Latin: plumbum). Lead is a soft, heavy, toxic and malleable poor metal. It is bluish white, while freshly cut, but tarnished to dull gray when exposed to air. The biggest use of lead worldwide is for the lead-acid battery and the use of lead sheet has increased dramatically over recent years.

Zinc – 3rd to The King of Metals 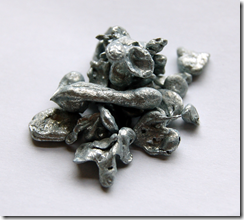 Zinc is the fourth most common metal in use, following only iron, aluminium, and copper in annual production.
Zinc is used to galvanize steel to prevent corrosion and in alloys such as brass, nickelled silver, typewriter metal, various soldering formulas and German silver. It is used in die casting, notably in the automobile industry.
Zinc is used as part of the containers of batteries. The most widespread such use is as the anode in alkaline batteries.

Nickel – 4th to The King of Metals

Nickel is a silvery white metal that takes on a high polish. It belongs to the transition metals, and is hard and ductile.Nickel is used in many industrial and consumer products, including stainless steel, magnets, coinage, and special alloys.
Nickel finds its usage in various industries such as engineering, electrical and electronics, infrastructure, automobile and automobile components, packaging, Batteries etc.

Normally, competition occurs among equals. Jealousy is felt towards those who are thought to be better off than or `superior’ to us, and hatred or contempt is directed towards those we think are `inferior’ to us. Ego is in respect of self. Ego is a feeling that I am someone special. 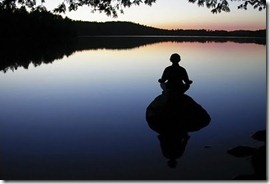 What is wrong in competing; doesn’t it lead to progress? Spiritual man replied: Competition brings about the attitude of ‘doing something only to win’ rather than ‘excelling to bring out your best potential’. When ‘winning’ and not ‘doing the best possible’ is the attitude, it may also lead to use of unfair means as also compromise on quality of work input.
Jealousy is a counterproductive attitude of mind because it prevents a person from seeing good qualities in another person. If someone is wise, a jealous person may think he is a hypocrite, and so not learn from the other’s virtues. Hatred and contempt are also negative emotions. Ego makes you do things only to win approval of others. If such approval does not come once in a while then the mind is disturbed and that makes an egoistic person very unhappy. “When all others appreciated my work, why did that fellow not do so?”– This is a typical reaction that prevents one from experiencing peace and happiness.

What, then, is the solution for removing such negative emotions from one’s mind? One must feel samatvam or oneness to overcome competition, jealousy and hatred. And one must understand the true nature of atma, that is, sat-chit-ananda, to overcome the ego. The same atma is the indweller of the body of all other persons, whose outward forms may be different. If you understand the real nature of atma as the creator of this entire Universe, where is the need for you to feel superior or inferior to others and be egoistic? Also, where is the need to get approval of others in order to be happy?
It is not easy, however, for everyone to remain with this understanding of soul-consciousness versus body-consciousness. What then is the way out?

First of all, you have to keep doing your given duty to the best of your capacity without ulterior motive, ego or ‘doer-ship’. This is the path of Karma. This then will lead to purity of mind which is absolutely essential for enlightenment.
After achieving a near-pure mind you could get on to the path of devotion and trust in God, known as Bhakti. Soon after that you might spontaneously begin to feel the oneness of all beings and supreme love for all, which is the ultimate bliss that one could ever hope to achieve in this world.

God Bless You All.

Welcome to WordPress.com. This is your first post. Edit or delete it and start blogging!